"First couple of tunes in, Tallsome Tales, by Tucson group the Carnivaleros, immediately set my Spidey sense (tarantula, natch) tingling. It’s a damned delightful desert disc, part-Tex-mex, part-N’awlins, part folk- and indie-rock, all quality stuff. Who are these guys? Together, they stir up a giant melting pot of sonic chorizo gumbo that will leave you demanding encores. Or second helpings, take your pick.

Indeed, from the noirish polka pop of “The Die Was Cast” and the surreal, Tom Waitsian hectic blues of “Liquor, Vice, and Sin” to the sensual spaghetti western romance that is “Belinda Bonita” and the outrageous Los Lobos-meets-Little Feat “Justified Fitting End”, Tallsome Tales is a guaranteed party starter. This group effortlessly bridges genres and thwarts preconceptions, period.

Incidentally, it occurs to me that timing can be everything: I left Tucson in the summer of 2001, having spent 10 wonderful years in the city (family business called me back home), but if I’d stuck around just a few more years I might have been privy to the early stirrings of the Carnivaleros—Tallsome Tales marks the band’s sixth album; and if it’s a reliable indicator of Mackender and company’s sonic mastery, I can state without any reservation that I would have been sorely tempted to stick around the Old Pueblo. Tucson is one of the planet’s richest musical centers, and the Carnivaleros are nothing less than proud ambassadors."
- Fred Mills, Blurt online, April 2018

"This album, the sixth in the series dating back to 2006 is another big step forward for this band, ever evolving in terms of songwriting, production and execution. Liquor Vice and Sin which opens this set is vintage Carnivaleros with Mackender spewing lyrics as if he was a real life carnival barker presiding over a seedy Midwestern carny."
- Jim Lipson, Zocalo Magazine, April 2018

"Let's Dance and Rudy Got Caught Again would not have been out of place on Kiko of Los Lobos."
- Theo Volk, Music That Needs Attention blogspot, March, 2018

Reviews of Dreams Are Strange

"Dreams are Strange is the band’s fifth release, and every Carnivaleros CD is excellent, that much goes without saying, an intoxicating mixture of roots musics of all brands: zydeco, folk, Appalachian, Tex-Mex, swing, and, yep, even waltzes, though Big Louie and the Versailles Court would never recognize the lattermost incarnation here, I’m pretty damn sure. More, each disc is better than what preceded it. That alone should supply the band with ample reason to…cut it the hell out!! This is Earth, we’re allowed only just so much above our station, and then have to shuffle off the coil, so don’t force the envelope! The listener is advised to afterwards listen to The Osmonds, The Archies, or The Bangles as penance for having tasted of Eden and the apple."
- Mark S. Tucker, VERITAS VAMPIRUS, Issue 1,196, April, 2016

"The band keeps a steady rhythm up on drums, bass, banjo, and other strings as The Carnivaleros make their way over “Hesitation Bridge” across thickly woven riffs and rhythms. The beat huffs a gypsy thump to welcome “Mamie Eisenhower” as “Tumacori” drifts on a dry desert breeze while a jazz shuffle dances in “Donna’s Song” and “Time Traveling” coasts on a percussive rumble."
- Danny McCloskey, The Alternate Root, April 21, 2016

“(Dreams Are Strange) adds up to their very own distinctive sound that the band itself has designated as Desert Bayou Music. A CD for the open-minded and curious "
- Max W. Achatz, Country Jukebox, Munich, May 2016

"There are many things I like about The Carnivaleros' latest album, 'Dreams are Strange'. The entire album has an earthy, raw quality with whimsical undertones that are at the core of what makes this such a unique and fun record to listen to. If I were to describe what the record's genre was, I would probably tell a friend: "It's like Accordion fueled carnival folk fusion" as there are so many elements at play. Bluegrass, Folk, New Orleans, all contribute to the uniqueness of the work. Along with the catchy, upbeat songs are very moving and thoughtful numbers like 'Tumacacori' that transport you to the deserts of southern Arizona from where the Carnivaleros hail. Among the many great performances on this record, songwriter, singer and multiple intrumentalist Gary Mackender's performance on accordion effortlessly moves from style to style with a subtle mastery. Nice job, Carnivaleros."
- Alex Flores, Ronstadt Record Company, 2016

"The Tucson, Ariz.-based Carnivaleros have always possessed a knack for unusually interesting arrangements, often combining instruments not normally heard together.
Highlights among the album’s eight vocal numbers are the country-and-Cajun 'Hesitation Bridge'; the incredibly witty title track; the jump zydeco 'Gonna Jump in a Hole'; the upbeat 'Who’s to Say' (which would have been a perfect vehicle for the late Dan Hicks, with its Hot Licks-type chorus); and the hard-luck tale 'Wore Out My Welcome.'”
- Peter Hund, Good New Music, May 2016

“Gary Mackender…has crafted something so different in Dreams Are Strange that it defies any of the usual cliches or comparisons we reviewers so often rely upon. The melding of banjo and accordion alone probably goes against every sensibility and accepted musical convention known to mankind and yet it works in most wondrous ways. Adding (Heather) Hardy’s haunting violin to some of these tunes, ‘Donna’s Song’ in particular, is more than enough to make one sit up and notice."
- Jim Lipson, Zocalo Magazine, May 2016 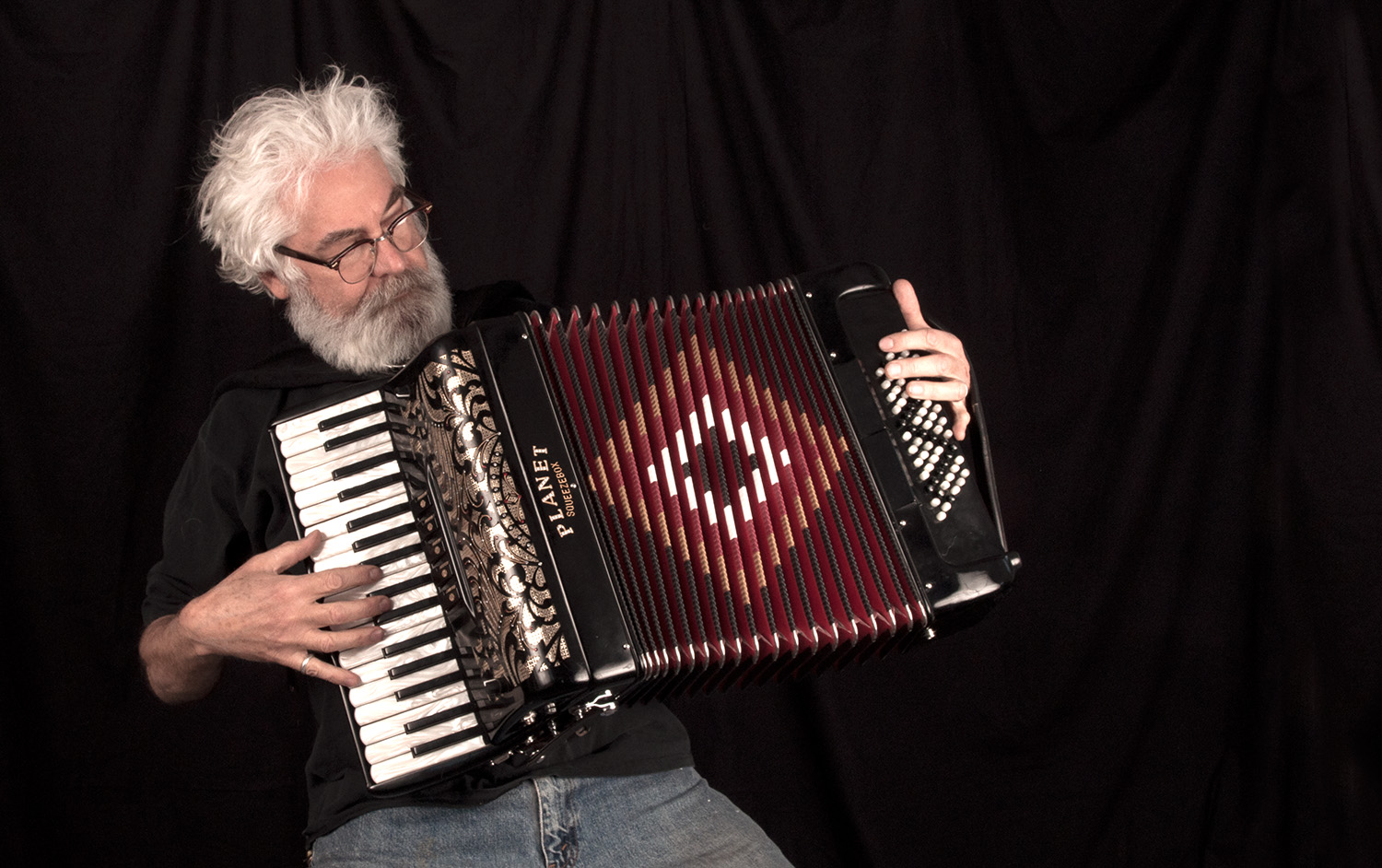